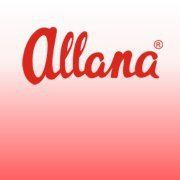 The Allana Group is acknowledged as the world's largest exporter of frozen Halal Buffalo meat. The Allana Group enjoys the distinction of being the pioneer (1969) in the export of deboned and deglanded frozen Halal Buffalo meat, exporting its products currently to 64 countries world-wide, including South East Asia, Middle East, CIS countries, Africa and the Pacific Basin Nations; singularly accounting for over 60% of meat exports from India.

The Allana Group owns and operates 6 state of the art, integrated, food processing establishments at strategic locations across India.

The establishments strictly comply with ISO 9001:2000 requirements for Quality Systems, HACCP for Food Safety, ISO: 14001 for Environment Management System and IS 18001 for Occupational Health and Safety Management Systems (OHSAS), duly certified by DNV of The Netherlands, ensuring a defined system of traceability. The processing of meat is undertaken in strict accordance with prescribed Codex Alimentarius standards and guidelines published in Terrestrial Animal Health Code.

Allanasons remains the largest exporter of coffee from India and has its own curing / manufacturing facilities right within the coffee cultivation region in Southern India. It focuses it exports primarily to Italy and France amongst several

The Group has received numerous awards including the Government of India’s APEDA Golden Trophy for highest Export Performance for the last 14 years and for its Excellent Performance in Export Promotion, Product Development, Market Development, R& D and Quality.

Mr. Irfan Allana is the Chairman of the Allana Group . His vision and expertise not only drives his business, but his expertise has been liberally availed of by the Federal Government and various State Governments of India, in development of long term plans for exports from India in general and agro based products in particular. He was a Board member of the Agricultural & Processed Food Products Export Development Authority (APEDA), the governing body constituted by the Ministry of Commerce, Government of India for development and regulation of agro based products from India for six term. He is a Member of Export Inspection Council of India, Ministry of Commerce & Industry, and Government of India, which oversees the Quality Certification for various export products. He was Chairman of Meat Sector sub-committee of the Planning Commission, Government of India, for the Xth plan (2002-07) during which period, India has recorded a sharp increase in the export of meat products worldwide.

He has been a member of the official Indian delegation to several countries, including Egypt and Jordan, for development of India's agro based exports. In March 2005, he was nominated as Member on the Board of Trade, the highest advisory body on International Trade constituted by the Ministry of Commerce, Government of India. He commands respect and admiration of his competitors and is the President of the All India Meat & Livestock Exporters Association (AIMLEA) in his seventh term.